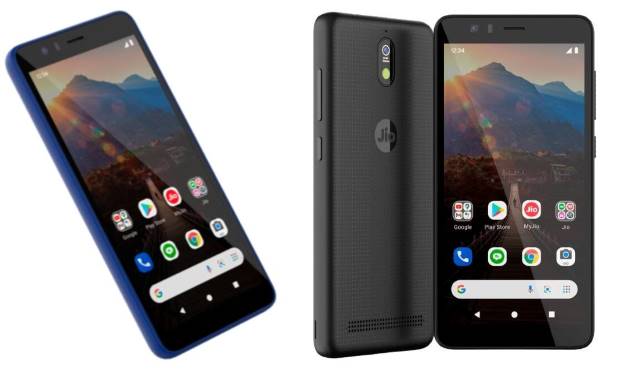 Pre-orders for phones in India will begin early next week. Reliance Jio and Google worked on the phones that will be available.

This joint venture between Reliance and Google will develop low-cost phones for the people.

According to a rumour from 91 Mobiles, JioPhone Next pre-orders will start next week. Pre-orders have been approved by  Jio and its retail partners.

The Chairman of Reliance Industries had already said that the phones would be available in the market from September 10 at Jio's Annual General Meeting in June. However, no other information has been provided.

According to ETTelecom, the JioPhone Next production deal for the first phase has been given to UTL Neolync.

It further reports that Reliance could order 5 million units of the JioPhone Next low-cost smartphone.

Jio has raised the bar for low-cost phones on the market. The new JioPhone Next will also be available at its lowest price, continuing the trend.

Although there has been no official announcement of the price, recent developments suggest that the JioPhone next price would be ₹ 3,499.

Sundar Pichai, the CEO of Google, has also revealed details about the JioPhone Next, stating that it would run an optimised version of Android OS and will get Android updates as new features are released.

Some features of the JioPhone Next have been verified by Reliance, including support for the voice assistant, automatic read-aloud of screen text, language translation, and a camera with augmented reality filters, among others.

The phone could include system-wide Read Aloud and Translate Now features. Deep connectivity with Google Assistant will be included, as well as India-specific Snapchat Lenses in the phone's camera.

A 5.5-inch HD+ display is one of JioPhone's other features. The smartphone will most likely include GPS, Bluetooth, a 3.5mm audio port, Wi-Fi, and 4G, as well as up to 32GB of expandable storage.

The smartphone is said to have a 13-megapixel rear camera, an 8-megapixel selfie camera, and a 2500mAh battery on the back.

According to some other sources, the JioPhone Next will be powered by a Qualcomm Snapdragon 215 processor with 4G capabilities.

This phone is expected to equipped with 2 RAM variant: 2GB and 3GB. Its internal storage also have two variant i.e. 16GB and 32GB.

The JioPhone Next will run a special version of Android 11 developed by Google for handsets with low-end components. A 5.5-inch display with HD quality is expected on the smartphone.

The device will have a 8MP front camera and 13 MP rear camera. It's also rumoured that the camera will include India-specific Snapchat filters.

It will be equipped with features like Wi-Fi hotspot, Bluetooth, Google Assistant, GPS, screen reader, language translator, and others.

The features and price of Jio Phone Next were leaked earlier this month. The device is projected to cost $3,499 when released.

While the JioPhone Next will be the cheapest smartphone in the world as a result of this, Jio might improve the offer even more with bundled packs.

Voice assistant, automatic read-aloud of screen text language translation, smart camera with augmented reality filters, and other features are included in this Phone.

With a single push of a button, the user can change the language of the phone's content.

Because the device has a digital assistant, users will be able to use their voice to ask Google Assistant for the latest cricket scores or weather updates.

You may also ask the digital assistant to play music from Jio Saavn or check your MyJio balance.

The phone has an HDR mode and Snapchat Lenses, which can be easily accessed from the camera.

The company has stated that the JioPhone will receive the most significant Android OS and security updates.

Though it is unconfirmed which Android version will be installed at launch, But some tech analyst guessed, it may be Android 11 (Go Edition).

The device has a single front-facing camera and a single rear-facing sensor. It doesn't have a fingerprint sensor and has wide top and bottom bezels.